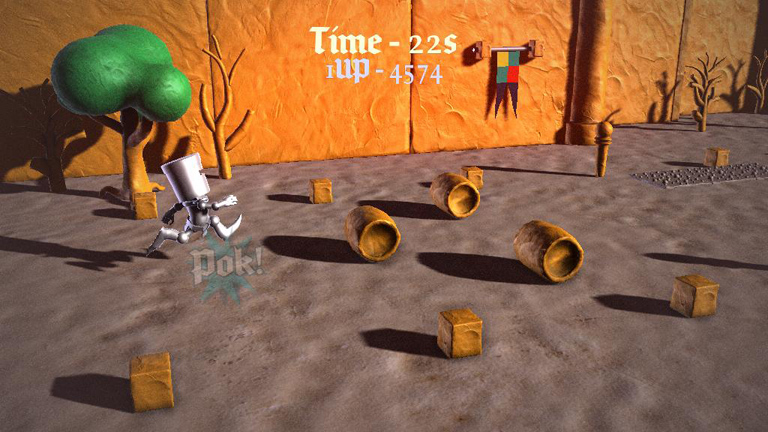 This game was made for a one month contest held by the website TigSource.com. The topic of this contest was to create a game inspired by a so-called “fake game cartridge” of the Japanese Famicase collection.

Our game takes place in a world made of clay, similar to what is shown on the cartridge below : 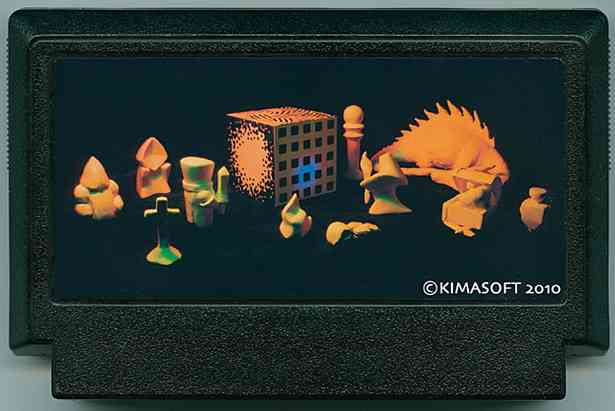 The graphic style is all in 3D, trying to mimic the clay atmosphere, the lighting, and the color scheme of the original cartridge, as much as possible.

The game design itself is loosely based on the original arcade game ‘Metrocross’ by Namco. The player must run in a corridor, avoid the obstacles (barrels, slowering tiles…), jump on the bumpers, get some items for extra-time, reach the end of the corridor. 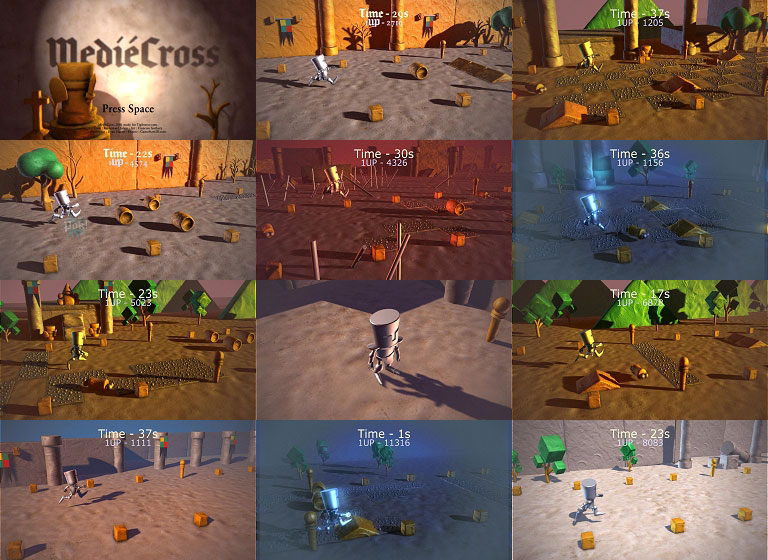 Win32 Binary of the game

Make a game for the AGBIC Contest on www.tigsource.com. Every contestant has one month to make and finish a game. The theme here is to get inspiration for an imaginary Japanese game cartridge.

I choosed this one, for his nice orange clay look :

Here’s a small peak of the game, so far : 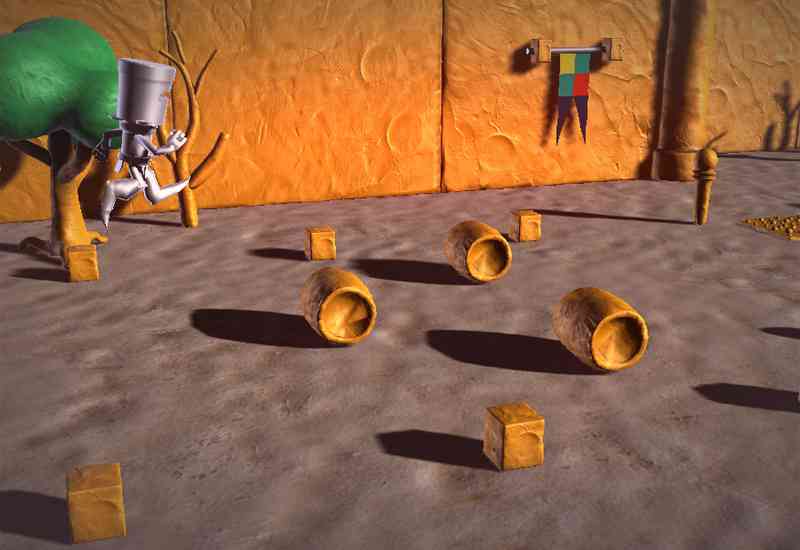 This level was designed with www.gamestart3d.com , as usual, with the assets below :