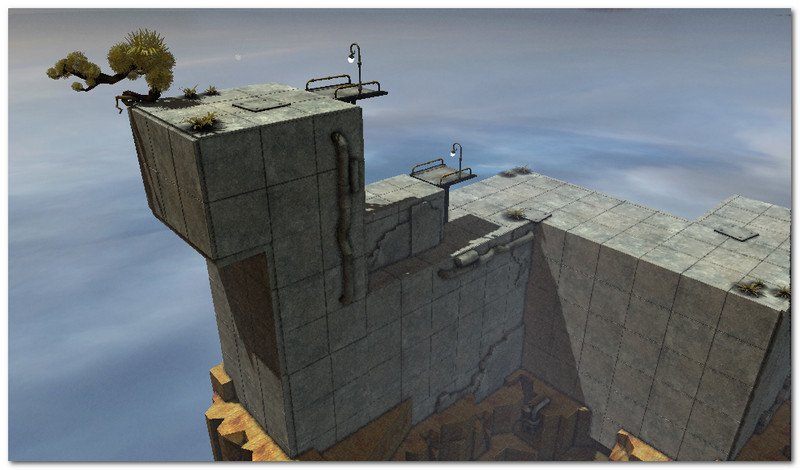 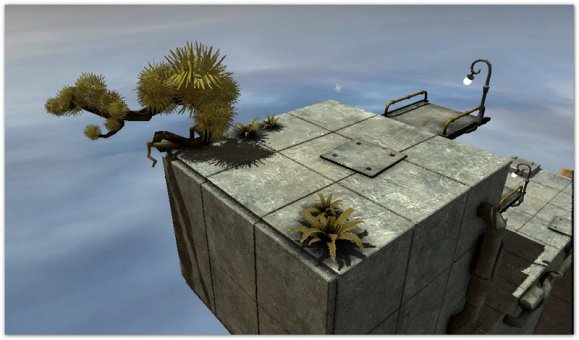 All these dark level designs I previously started made me feel a bit gloomy… Going outside for a bicycle ride, and visiting the huge city of Berlin, I felt I should imagine something less confined, so I started to doodle this open air design.

I tried to imagine some sort of lost ruin, up in the sky, that the player would reach through a long way made of traps & elevators.

The screenshots were grabbed directly from the engine, with infinite shadow maps & SSAO, yaye 🙂

Going further with the experiments in GameStart, I started to design a room with a typical “sewer atmosphere” … It was rather promising, then Emman added a water reflection FX on it, and then it looks really awesome. 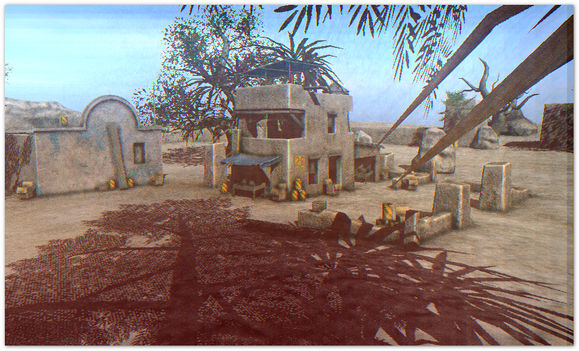 Screenshot from GameStart framework …
Trying to mix the post process, so that it looks like a vintage photography. 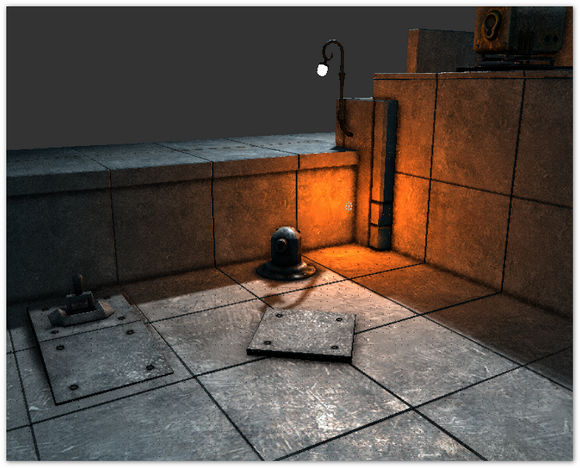 Once all the (old) assets where converted to the new engine, I tried to assemble that and design some rooms, with gates, elevators, and levels.

The main idea to far is to design an acceptable gameplay, and not to polish the graphics until there’s something funny to play 🙂 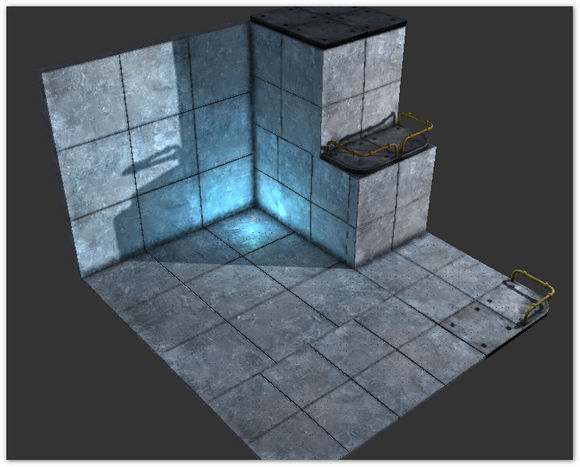 From 3DSMax to GameStart.
I made a few tiles, ground pieces, small & large walls, angle tiles, columns… and arranged them using the snapping mode.

Made this in a few minutes. It seems to work ! 🙂 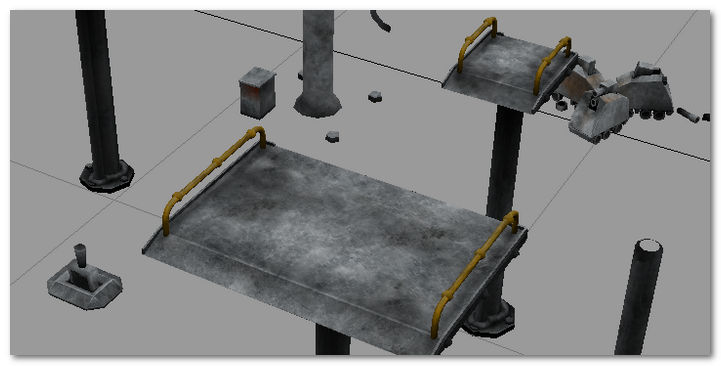 Nothing amazing yet. I just have to see what can be optimized, cleanup, and re export it in the newest version of GameStart. 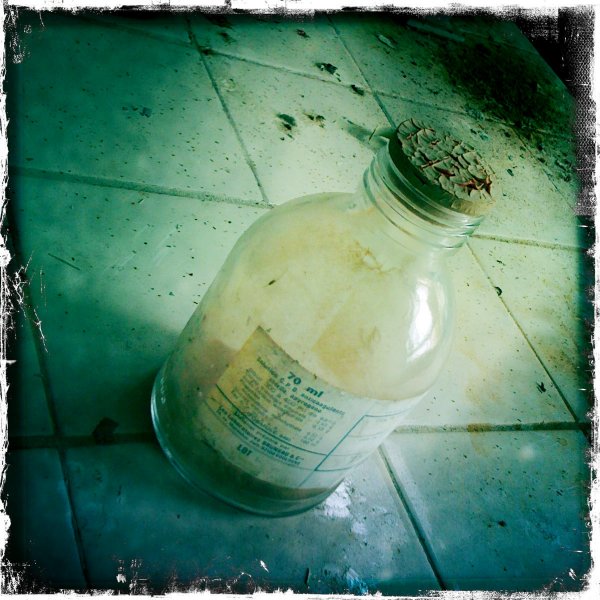 There’s a university in my hometown. A small part of the former facilities is somehow abandonned. 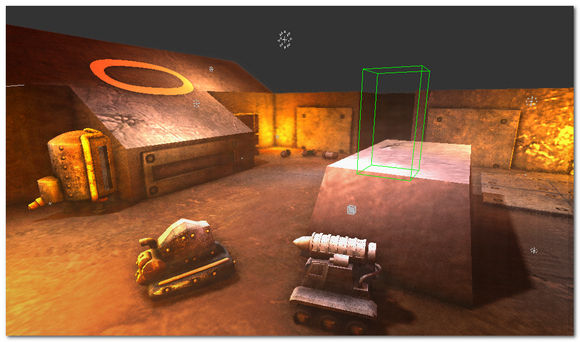 Just testing, to see how much work I’ll need to get that visually working into the new engine, without too much work.

As it seems, it just work PERFECTLY 🙂

‘Been playing with the realtime post process, ssao, video noise & large radius bloom are my favorites !